Raising Your Family: Which Is the Best, Cities or Suburbs?

It is common for people to want to settle down and start a family to ask whether it is better to live in the city or the suburbs. Some couples choose to keep their family in the bustling urban environment, while most couples choose to leave behind the urban lifestyle and raise their kids in the suburbs. Both places have their share of advantages and disadvantages. Among the key differences in raising a family in either of the places include transportation, childcare costs, and overall socioeconomic and cultural diversity.

Despite the preconceived notion, living in the city is sometimes less expensive. Nonetheless, although suburban living has certain hidden costs, the family home in this area is significantly bigger compared to city dwellings for the same price.

The experience your family will have largely depends on the city or neighbourhood you live in. Although, we can all agree that, for the most part, some general categories remain true. While most cities are not ideal for raising kids, a handful of parenting blogs ensures you can easily fit a family lifestyle in most cities. By and large, the ultimate difference in raising children in the city or the suburbs lies in where you spend your money. Regardless of where you raise kids, they are expensive.

With that in mind, here are some key differences between city living and suburban living in raising a family.

Mode and Cost of Transportation

Due to the transportation option, children growing in the city have more sense of independence than those in the suburbs. At an early age, city kids are often without a choice but to learn how to travel alone. Most often, schools and friends are located across towns.

Though opportunities for independence do exist in the suburbs, it is somewhat hampered by driving restrictions. Most smaller suburbs do not have other modes of travel other than the family car.

Schooling is another major area that has a difference when you are raising your kids in the suburbs versus raising them in the city. Public schooling in the suburbs is typically determined by the geographical district. This means, students usually attend schools with children from the neighbourhood. Everyone knows everyone. But in the city, students attend schools with other students coming from all over the metro area.

Although city schooling gives children an opportunity to make friends from other neighbourhoods, it is harder to form after-school activities. On the other hand, in the suburbs, creating communities is much easier. 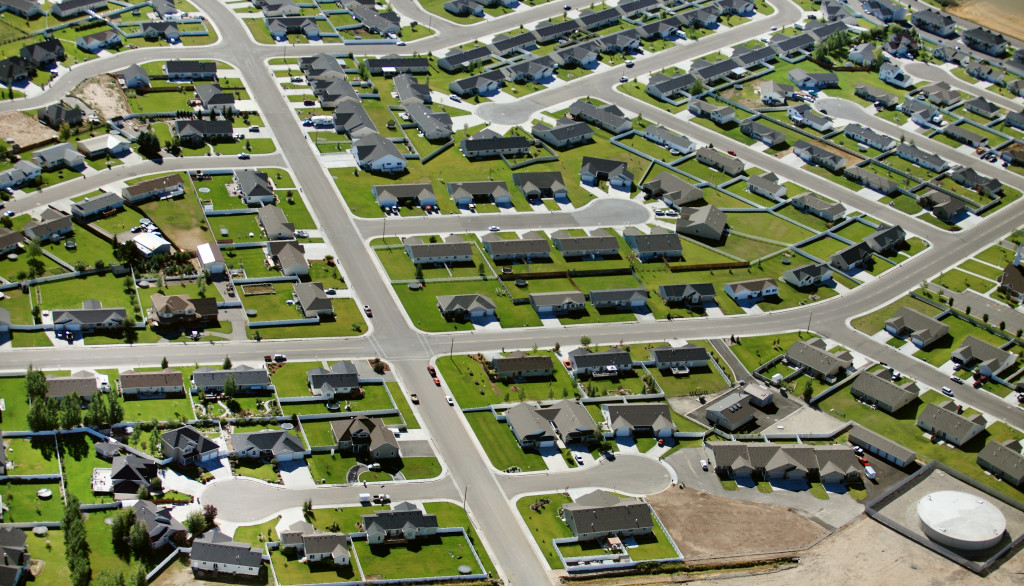 With both parents needing to work, someone has to watch the kids after school hours. This is where childcare comes in. Although child care is important whether you live in the city or suburbs, this expense still costs less in the latter. In major cities, the cost of childcare is astronomically high. As of date, Sydney ranks as the most expensive place to send kids to daycare. It can reach a whopping $168 per day. Babysitter rates are higher as well when you live in the city as compared to suburbs.

It is unavoidable dealing with expenses regardless of where you live. Although it is a common notion that city living is pricey, there are many hidden costs when you raise your family in the suburbs. For instance, since suburbs do not usually have an established public mode of transport, you have to use your car to get around. This means spending more on gas.

Property taxes and grocery expenses tend to be higher in the suburbs as well. But on the upside, you get to live in a much larger dwelling at a rate that you spend on renting a small apartment in the city.

Concerning housing concerns, the size of a family home is always bigger in the suburbs compared to an urban apartment for the same rate. While it is alright to live in a cramped apartment when you are single, or it is just you and your partner, it is a different story when you have kids in the way. Any parent would want their kids to experience comfort and mobility, and you can easily achieve this in suburban dwellings.

Land for sale in various locations offers spacious housing with a large outdoor space where your kids can play around. Not to mention, suburbs usually are located closer to quality schools.

It is a tough call to have to decide where to raise your family. Ultimately, it is up to you and your partner, which is much more desirable — raising kids in the city or the suburbs.